How to Write a Check Anagram Program in Java 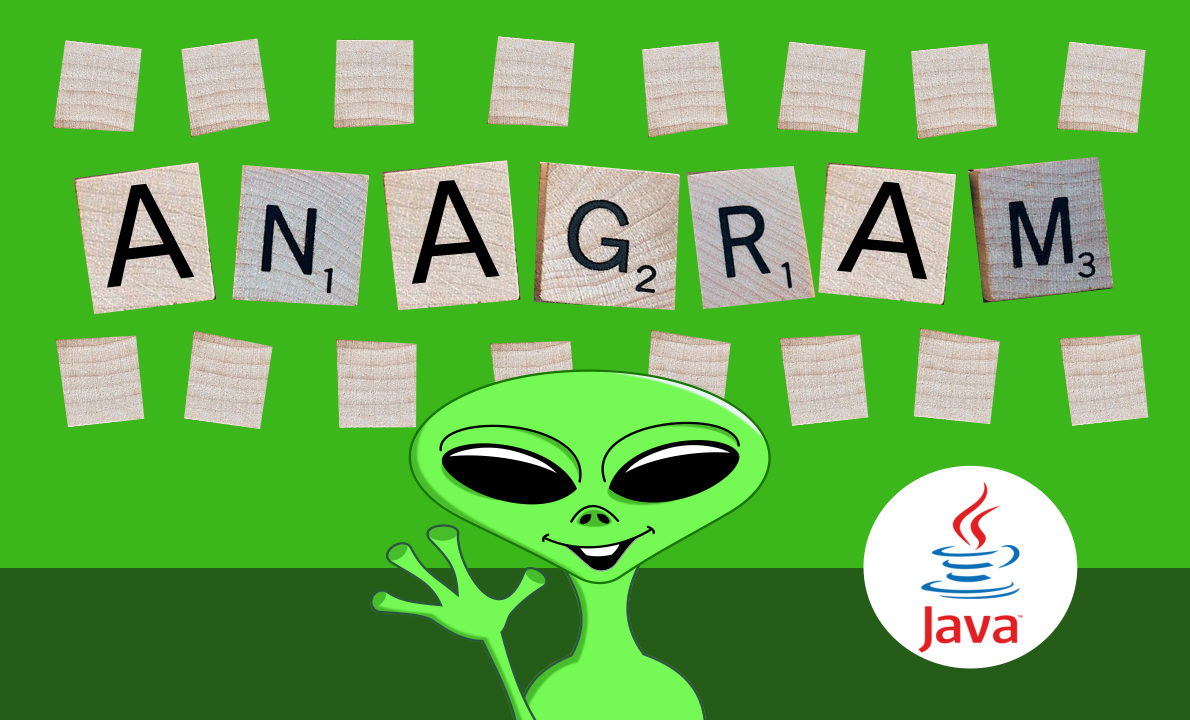 Hey there! In this article, you will learn how to create an anagram program in java. I will show you three different approaches to solve this problem, plus analyzing how efficient every approach is using big o notation.

Big O analysis will help us understand which program is faster and make a better and more efficient memory usage. Plus big o analysis helps you understand how fast your program will be when you pass really large inputs. Additionally, it just takes a few minutes to do. Let’s get started!

What is an Anagram?

The first step when solving a problem is understanding the problem, not only the problem itself but also any edge cases or assumptions you made. In this case, an anagram is two sequences of characters, that contain the same characters but in a different order. To define the problem better there are some points you should clarify:

For this example, the answers to those questions are: no, the check is not case sensitive, and yes, it should ignore the whitespaces.

Perfect, now that we understand the problem better, let’s gather a few meaningful examples. These examples can be handy since they will help you test your code, once you complete it.

Let’s write down some anagram examples:

Now that we got some examples, let’s see how to write a java program to make an anagram check.

One way to solve this problem is by sorting the characters in alphabetic order. If the sentences are anagrams, after sorting, you will end up with two identical character sequences.

It should be noted you should clean the inputs first, meaning remove the white spaces, since we should ignore them. And also converting all characters to lower case since the check is not case sensitive. See this in action in the example below:

And below, you can see how to translate this approach to Java:

How fast is the previous approach? The Arrays.sort() is based on the Time Sort algorithm, which means a time complexity of O(n log(n)). And Arrays.equals() has a complexity of O(n), since the worst-case scenario it has to iterate over every array element.

A different approach is counting the character occurrences. If two sentences are anagrams, the character count should be the same for both sentences. Therefore you could have two integer arrays, where you save the count for each character, and lastly, check the arrays are equals.

Or, if you like to save some memory, it is possible to keep the counts in one single array. How? When you find a character in the first sentence, you increment the count and decrease it when you find the same character in the second sentence. If the sentences are an anagram, the count should end up being zero for all characters. Let’s see how that works in action:

And below, you can find how to translate this approach into java code:

The first step was to clean the input sentences just like before, so white spaces and uppercase are ignored. The next step is creating an array where we will keep the counts.

Please note that the counts are indexed using the ASCII corresponding number for each character. Check the character ASCII table. That means, for instance, the count of the character ‘n’ is stored in position 110 of the array.

Finally, to check if the input sentences are anagram, all you need to do is checking that all counts are zero. If any count is different than zero, the function can return false; the sentences are not anagrams.

In this case, the code has to iterate over every element of the array to count the occurrences. Therefore the time complexity is O(n).

The last approach to check anagrams is calculating the sum of all characters. This approach also uses the ASCII table. It will convert each character to its equivalent decimal ASCII number and then sum up all numbers for each sentence. If the sum is the same, it means the two sentences contain the same characters. Therefore anagrams.

Below you can see the java code to achieve this:

As you can see above, you can convert a character to its corresponding ASCII decimal number just by converting the character to an integer using casting.

The above code will have to iterate over each element to calculate the total sum of each sentence. Therefore this algorithm, like the previous ones, has a time complexity of O(n). However, although the three methods as similarly quick, this last example doesn’t use any data structure; therefore, it is using less memory.

To summarise, we have seen how to write an anagram program in java. We have seen three different ways: sorting the characters, counting character occurrences, and calculating the total sum of the character ASCII values. These three approaches are similarly fast with time complexity of O(n); however, the third approach is the best choice since it uses less memory.

I hope you enjoy the article, and thank you so much for reading and supporting this blog!

Maven Jar Plugin – How to make an executable jar file

Runnable vs Callable – Find out the differences