Companies that use Java 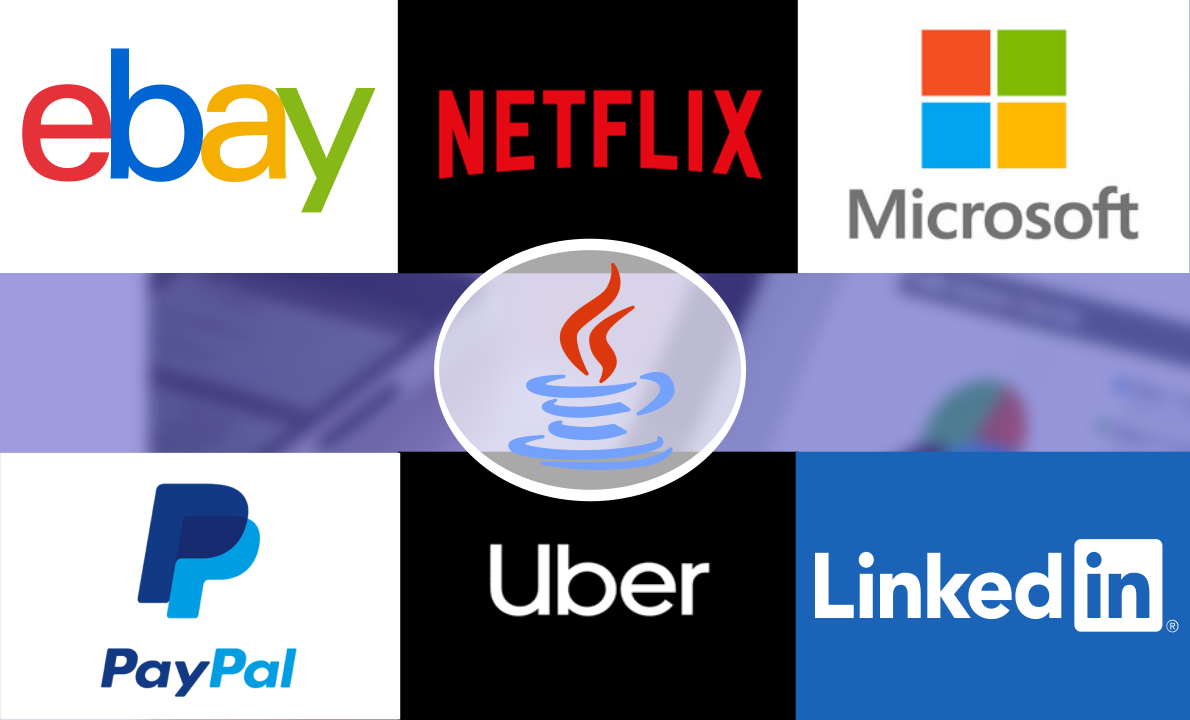 Java is a programming language that is considered to be from a prior generation. Java has successfully surpassed its competitors, such as C and C++, in attracting a large number of developers.

In reality, Java is responsible for the majority of the current languages’ reputation. However, the fundamental question is whether Java is still useful.

There is a plethora of modern computer languages that are performing exceptionally well, and Python is the brightest of them all. Many people believe Python is killing Java, however the truth is that Java is thriving in large corporations.

Even if some companies are transitioning from old technology to Python, it is evident from those sites that Java continues to lead in recruitment. In fact, practically all large firms continue to code in Java, and the rationale is not difficult to understand.

Java is a programming language that may be used for a wide range of tasks. Still there are many companies that use

Java to construct desktop GUI programs, while others use it to create a variety of online apps. Simultaneously, Java is widely used to create mobile apps and games for Android, the most popular mobile platform.

Why Companies use Java?

Java is a programming language that consistently surpasses the majority of its competitors in international rankings. Many well-known companies, including Goldman Sachs, eBay, Google, and others, employ this fast-performing, object-oriented programming language.

In addition, investment banking, a high-risk, performance-driven industry, relies on Java for security and productivity. This language was chosen for governmental services for the same safety reasons.

Programmers today must design apps for a wide range of devices and platforms. As a result, companies need a programming language that lets them write application code once and distribute it across several platforms with ease. The programmers only have to compile the Java code once into bytecode, then deploy the bytecode across many platforms without having to compile it again.

Naturally, the number of Java developer jobs continues to rise around the world. There are over 8 million Java programmers on the planet now. One of the key reasons why many firms choose this language in their development projects is because of this. Businesses may easily get well-qualified yet economical Java developers because of a large workforce offer.

Big Companies that use Java

Currently, Java has roughly double the market share among large corporations. It is true that it has lost some ground since the introduction of Python and the migration of web and product firms. Java is the most popular in the top three industries: business software, IT and services, and the internet.

Large Companies that use Java

In terms of large corporations, Airbnb uses Java, Uber is built on Java, and LinkedIn, although being a Microsoft product, uses Java. Java is used by eBay, Pinterest, Groupon, Spotify, Pandora, and Square, to name a few. Most large Indian firms, including as Infosys, TCS, Wipro, and HCL Tech, as well as product companies such as Naukri, Jaboong, Myntra, Flipkart, Trivago, ibibo, TripAdvisor, and others, continue to use Java and show no signs of moving.

Because the language is so widely spoken, there are numerous resources available to help you learn it. Many of these tools, fortunately, are available online and can serve as a learning companion for you. There are free and paid learning options accessible, depending on your skill level.

There’s no doubting that Java is everywhere, but how is it being used by some of the world’s most powerful digital firms? Java is extremely crucial to these many companies, and this does not appear to be changing anytime soon.

Okay, so Java isn’t going to be powering Windows any time soon, but Microsoft uses Java for a lot of other things. To begin, Microsoft will need to collaborate closely with Java to develop its Edge web browser. JavaScript must be processed and executed efficiently by all browsers. In fact, there has been talk of them developing a NodeJS variant that works with the Edge engine.

Microsoft has recently shown a strong interest in Java by increasing its investment in the language. On the Azure cloud platform, they show Java a lot of affection, because it is lightweight and efficient. It’s one of Azure’s main features, and Visual Studio support for Java has been included.

Usually Java Developer roles are posted as software developer or frontend roles, however if you check the job description, proficiency in Java is one of the requirements. This applies for the companies below as well.

Uber has to deal with a lot of data in real time. They receive millions of requests every day, and these aren’t just page views. Uber needs to keep track of drivers, riders, and incoming ride requests. It must sort the data in a seamless manner and match riders as quickly as possible.

All of this works in Java’s favour. Java is built to handle requests and data transfers rapidly. Its asynchronous capabilities play a significant role in this.

Uber actively look for Java developers to support their software platform as you can see below.

PayPal has been using Java for a long time on their website, but that’s just the beginning. The online payment behemoth was one among the first to use Java. The first approach which online included the account overview page was quite simple. Therefore Paypal decided to expand building Java applications to the platform.

However Paypal start rebuilding its entire web application from Java to Javscript to unify the platform and its engineering teams. Nevertheless many pieces of its huge web software platform are written in Java, and they actively look for Java developers.

The history of eBay is similar to that of Netflix. For a long time, Java was the foundation of eBay’s technology stack. A few years ago, eBay ran into a scenario for which Java was not the best solution. Instead, they chose to experiment with NodeJS.

NodeJS worked so well for eBay that they not only kept using it for that service, but they also started transitioning their entire user-facing stack to it. Almost every aspect of your eBay experience is now powered by Node. Sure, Java is still in charge of the databases beneath NodeJS, but eBay still has faith in NodeJS.

Netflix, like PayPal, began by utilizing Java for almost everything. They, too, had issues with the scale of Java and the time it took to create.

Netflix gradually moved away from its more traditional structure and began to use NodeJS in the cloud. Netflix was able to divide down parts of their user interface into distinct services using Node.

Most of the platform is written in Java, with some components in C++. For its search and analytics, LinkedIn mostly used Java. LinkedIn used Rails for its mobile servers a few years ago. It was slow, monolithic, and scaled badly, just like other huge Rails applications.

To address its scale issues, LinkedIn moved to NodeJS. The asynchronous capabilities of Node enables the LinkedIn mobile servers to run faster and use fewer resources than before. Node also makes it easy for LinkedIn developers to share data and create APIs.

Java will continue to be one of the most extensively used programming languages in the world in the foreseeable future, according to experts in the industry.

The language and frameworks enable developers to create scalable, secure, and powerful software, which are the three foundations of modern applications.

Through reactive functionality, Java frameworks provide excellent support for complex streaming programs. They also have robust capability for Serverless and Faas Apps, which are the newest cloud computing architectures. I’m optimistic that this will propel Java and Java-based frameworks to the forefront of back-end development around the world.