How to Check Django Version – Step by Step Guide 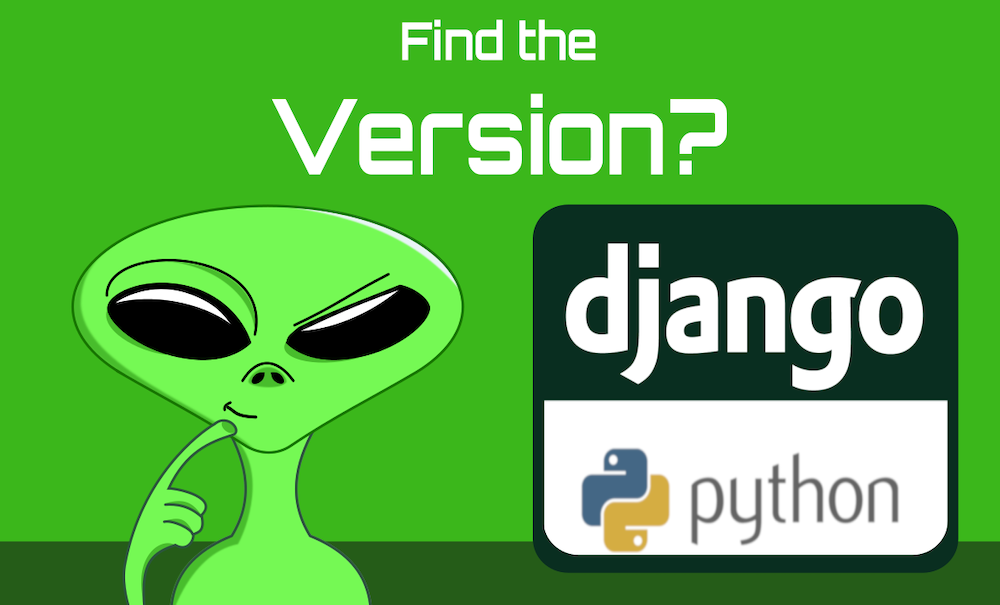 There are different ways you can check the Django your version. In this article, I will share a couple of them. I will also share how you can upgrade and downgrade the Django version, uninstall Django, something you might do if you are running into problems and decide to uninstall it and install Django again.

Finding the Django version can be useful if you want to make sure your python and Django versions are compatible. I have also included a section to show how to find the python version that you are using.

How can I check the Django version?

To achieve this, open the idle terminal and type the following:

Output(you should get something similar):

You could also use the following code, that will return the same results, but slightly different format:

The above commands will work in Mac and also in Windows.

You can also check the version by using pip. Run the following command on your terminal:

If Django is in your Python installation, it will be listed along with any other module installed.

Checking Django version in a virtualenv

You can also run this in pycharm, from the terminal tab.

In case you need to deactivate the virtual environment, you can do so by running the following command from your terminal:

When you installed Django, some admin scripts come with the installation. These commands help you manage apps, manage database patches, and you can also find the Django version in use. There are two possible commands; both achieve the same thing.

All of these commands are doing the same thing, finding the Django version installed.

You can upgrade Django and any module installed using the pip command. You can run the following command from your terminal or the Pycharm terminal. As before, if you are working on a virtual environment, make sure you activate the environment before running the command:

The command above will upgrade to the latest available version.

In case you would like to downgrade, you can do this via pip as well, using the following command:

You can find a list of all the available Django version here.

As before, in case you are working within a virtual environment, make sure it is activated. Or, if you have several python versions installed on your computer, make sure your pip command you are using belongs to the python installation you are using to run your python program. You can check this by running the following Linux command from your terminal.

The output should be the same folder as the folder where your python version is installed.

You might need to uninstall Django if you decide to use another web framework. Or if you are getting running into errors and you want to get a clean Django installation. You can uninstall the Django module via pip, just running the following command:

Run the following command to check the Django module was uninstalled:

If the module was uninstalled correctly, the Django module should not appear within the module list.

How to Install Django

If you just uninstalled Django, probably a reminder of how to install back comes handy. Not that is something difficult to remember, though. You can install Django using pip. Here is the command:

To give you a concrete example of this. I have two python versions installed on my laptop. Python 2 which is pre-installed in Mac and python 3. You can run the following commands to check this:

That means the pip command you used to install the Django module should belong to the same folder as the python version you are using to run python. To check that, you can run the following command:

The above output indicates that when I run pip install django, it will install the module on the python version 3 installation. In other words, the Django module is only available for version3, not for the pre-installed version 2.

Here are the commands you can run to double-check this.

The first command points to version 2, so I get an error when importing the Django module. However, when you use the python3 command, the command works without errors. Keep this in mind, especially if you are a mac. This problem comes up very often.

As mentioned in the previous section, you can check the python version, just running the following command in your terminal:

In summary, there are several ways to find the Django version you are using. All of them achieve the same thing. So choose the more convenient one based on your development environment setup. I hope this article was useful, and thank you so much for reading and supporting this blog!

Convert a string to a list with Python – Ultimate Guide

How to write free bug code