Types of Data Structures in Python

I will show you the four types of data structures in python which are more commonly used. 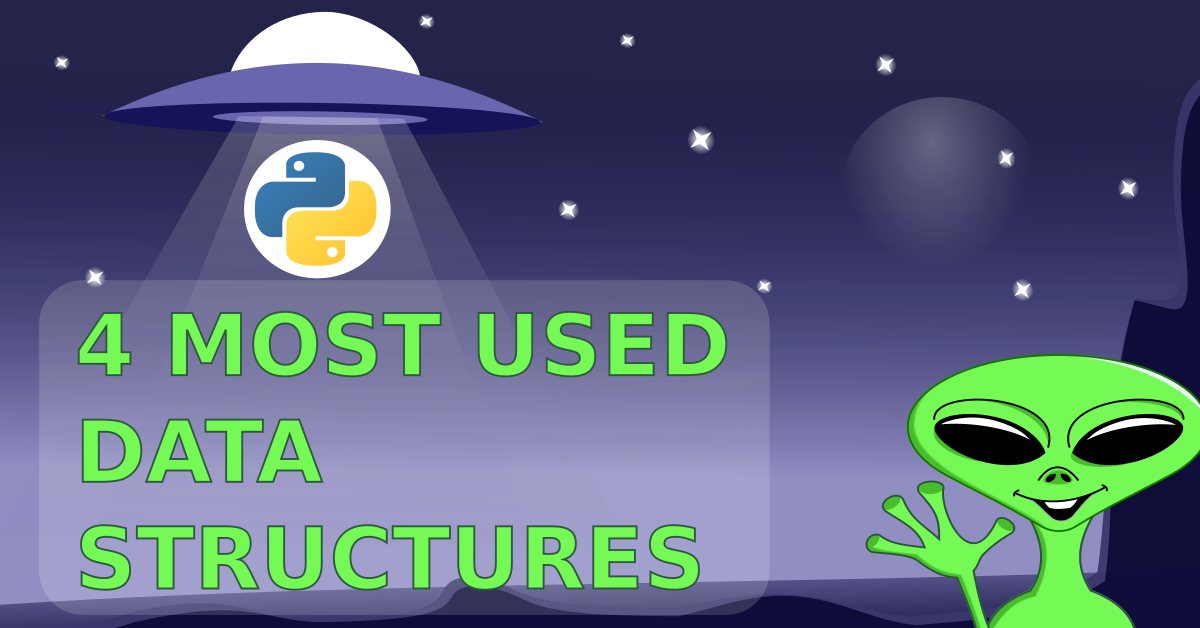 In python, there are basic data types like booleans, integers, floats and strings. You could think of these as atoms, then data structures are the molecules. We combine those basic pieces to create more complex data types.

In python, you can represent a sequence of items with two structures:
list and tuples. Both are zero based. Why are there two structures? The list is a changeable structure, meaning you can add, remove, modify, after creation. A tuple is an unchangeable or immutable data structure. It can’t be modified once you created it. Let’s see what operations python offers to work with these data structures.

These are the most popular methods that you will all the times. Let’s move on to tuples.

Tuples are just the same as a list, but unchangeable, or immutable. That means when you try to assign elements, to a tuple, after creation, you will get an error. Let’s see the operations python supports, when you are working with tuples.


These are the most popular methods. An interesting thing about tuples. If you want to create a tuple with, just one value, you should add a comma.
This is called, trailing comma. See the example above 🙂

Now we are gonna talk about dictionaries. A dictionary, another of the types of data structures in python, is a data collection, that store information, by key. In most cases, dictionaries are more efficient than a list. A dictionary is an, unordered collection, meaning, elements are accessed by their key, not by index. Dictionaries work, quite similar to a real life dictionary.The words, will be the keys, and the definitions, will be the value saved.

Another thing to know about dictionaries. They are changeable collections.

Something to watch out about dictionaries. They don’t allow duplicates, so if the new key that doesn’t exist in the dictionary, it will be added. However, if it already exists ,It will replace it. And finally the last data structure!

A set is like a dictionary, without the values. You used a set, when you want to know, if something exists. But nothing else, you can’t save extra information. It’s an unordered collection, like the dictionary. Changeable. And it doesn’t allow, duplicates. Let’s see the operation that python supports to work with sets.

These are the most common structure. Something interesting to know is that you can also combine these data structures, and create more complex data types. You could create a list of dictionaries. For example, a city list, each city being, a dictionary. Or a list of lists. You can combine these structures, in any way you like.

Put all you learn in practice working on these projects: Four Projects for beginners